The only thing standing between humanity and destruction is you, and the relationships that you forge.

Mech_romancer is a dating sim starring you, an out-of-sorts mech pilot who must create a bond with JEET, an experimental learning AI implanted into your robot. Train them, teach them how to perform under pressure, and form a special bond that can never be broken in order to save Earth!

Mech_Romancer is now PWYW. You don't have to pay a cent, but 100% (minus Itch.io's cut) of what you DO pay will be donated to the Trevor Project, a 4-star non-profit organization that provides a suicide hotline to LGBT+ youth in America. Are you or someone you know in danger? Call 1-866-488-7386 for help.

If you want rewards for your donation, look at these bundles:

What I'll post below is not exactly a full guide for the game,  more like a collection of hints how to get each of the 7 endings (Silentman confirmed on reddit that there are 3 hidden endings) while trying to minimize spoilers:

When you choose what does the mech look like, it's much more than just an aestheic choice. The two variants are actually so different from each other that they reqire completely opposite strategies during the training missions, and because of this they have separate (though parallel) routes [Super Route and Real Route], each with its own good and bad endings (which together give us the 4 main endings). One JEET variant is a durable melee fighter that could (and maybe even should) take a more direct approach and even can afford being a bit careless at times; meanwhile, the other one is a fragile speedster with a ranged weapon and requires more careful fight strategies. Getting a good ending for your JEET variant of choice depends on whether you manage to choose training mission strategies more suitable for that variant.

The hidden endings are independent of the mech variants, though.

Also, it's one thing if you keep choosing wrong strategies (it will just get you a bad ending for your current variant of JEET). However, it is a completely different matter if you keep being downright rude, ignoring JEET and making them to think of mission strategies on their own - prepare for darkest'n'edgiest playthrough, resulting in a hidden (bad) ending [Coward Ending].

As for the other hidden endings... Did you check your message box at the start of each day? Someone is sending short mysterious messages, that actually are cryptic instructions for the training missions, except for the last message which involves some file... Following that last instruction makes that someone to reveal themselves, overriding any main ending you were going to get otherwise with one of two hidden endings - which one you'll get  depends on whether you managed to follow all of the other instructions [True Ending] or not [False Ending]. Note: said instructions are cryptic enough that you'll need to carefully read the outcome of each possible training choice to decide which ones fit the instructions. Good thing is, these instructions are always the same regardless of the current JEET variant, and the bits of strategy outcomes they refer to appear for both variants as well (though might be presented a bit differently).

You pretty much nailed it, but I'm not going to correct the things that you're wrong about because everyone loves a good mystery!

Interesting little game, I must admit. I liked the overall mood and the story was cool, albeit bleak and short. But it wrapped up nicely so I have no complaints.

I kinda second the previous comment - a guide would be interesting in this case since I can't see very well how do you get more than 4 endings (I only got two though, but that's because I didn't want to go on the careless or the rude approaches)

I'm not really planning on replaying more, but I'd like to know if there is a better ending (by better I mean happier) than the Good Ending of the True Route?

If you mean the True Ending and not the Good Ending of the Real Route, then I don't think there's a happier one than the former.

I don't remember exactly the name of the ending right now, it was called something along the lines of what I've said - Good Ending  of the True or Real Route. I'm not sure I understood you correctly (english isn't my language and sometimes it plays tricks on me haha), but if the True Ending is something different actually, and if it's happier, then I guess I'd love to know how to get it. But if I misunderstood something and there isn't, then no worries, I'm pretty satisfied with the game as it is, after all!

Then I think you got the Good Ending of the Real Route, i.e one of the main endings. "Real" in the name of the route refers to the Real Robot genre of manga/anime. True Ending is a completely different thing, one of the hidden endings, and is just called True Ending. Unless near the end of the game you downloaded some mysterious file attached to a message and then used it on your mecha, because that's what unlocks the True Ending (technically you also need to make previous choices according to other messages, but there's about 6% chance to just blindly guess these). And yeah, the True Ending seems to be the happiest one you can get in the game (still a bit bittersweet, but I guess what else I can expect from a game inspired by mecha anime?). In another comment I posted a not-exactly-guide containing hints how to get each ending, will add the names of routes and endings for more clarity. If these hints aren't enough, just ask and I'll help.

Oh, don't worry, I'll figure it out - I was saying a guide would be nice overall, but I don't usually use guides unless I'm REALLY stuck. But since I'm a bit busy at the moment so I won't try all of the endings, and liked the ending I got anyway, I wanted to know if there is a happier one for my to try and get. And yes, the one I got is the good one from the Real Route then. As for the other one, I see what you're referring to, but I got only the bad version of that one since I was aiming the main route and used that save file for that choice by the end. I'll replay once aiming for the True Ending then! Thank you!

Is there any guide to the game? I have 3 of the endings but can't seem to get the others.

Given how few choices there are in the game you can easily save and load every choice pretty quickly to get your desired ending. Maybe hour and a half play for each route and thats if you aren't skipping text in which case 10 minutes, maybe, each route. 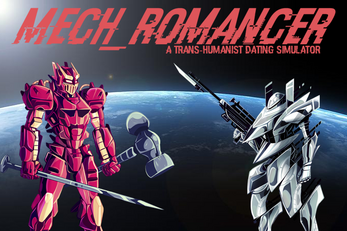 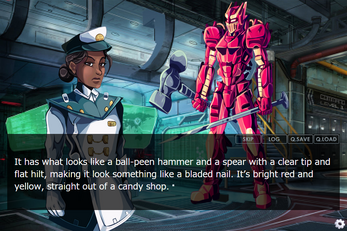 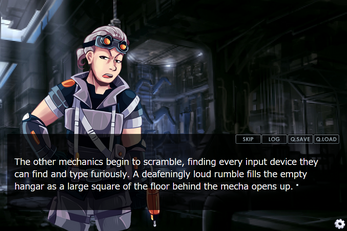 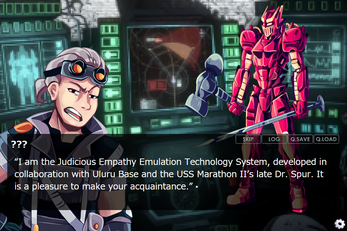